Fantastic Fest is in its 15th year and ready to celebrate! The world-renowned genre fest kicks off today and cinephiles couldn’t be more excited to let chaos reign. We’re going to get things started a little early by debuting the poster for one of the films premiering at this year’s festival: Night Drive, a thrilling dark comedy that has been compared to the work of the Coen brothers.

Night Drive is among the fest’s world premieres and comes from the directing duo of Meghan Leon and Bradford Baruh. Written by Leon, Night Drive follows Russell (A.J. Bowen), a man who drives a rideshare for some side money. After he picks up an enigmatic young woman (Sophie Dalah) through his ride-share app, Russell’s seemingly mundane evening ramps up. But his evening comes to a drastic halt when he hits a guy with his car in this charming comedy of mishaps.

The film is set to premiere on September 22 in Austin, Texas, and we have an exclusive first look at the beautiful new poster, which sprinkled with bright bursts of yellow and pink. And let’s not forget about the intriguing tagline of “Light Traffic. Heavy Shit.”

While rideshares have been helpful as a means of secondary income and a more cost-effective mode of transportation, there is always an unsettling element to stepping into the car of a stranger. Both the directors and the cast members will be in attendance for the premiere. If you’re at Fantastic Fest, keep your eyes peeled for Night Drive, a film that festival programmer Luke Mullen calls “a Coen-esque comedy of errors, an entertaining and sometimes tense film that zigs when you think it will zag, building to an ending you’ll never see coming.” 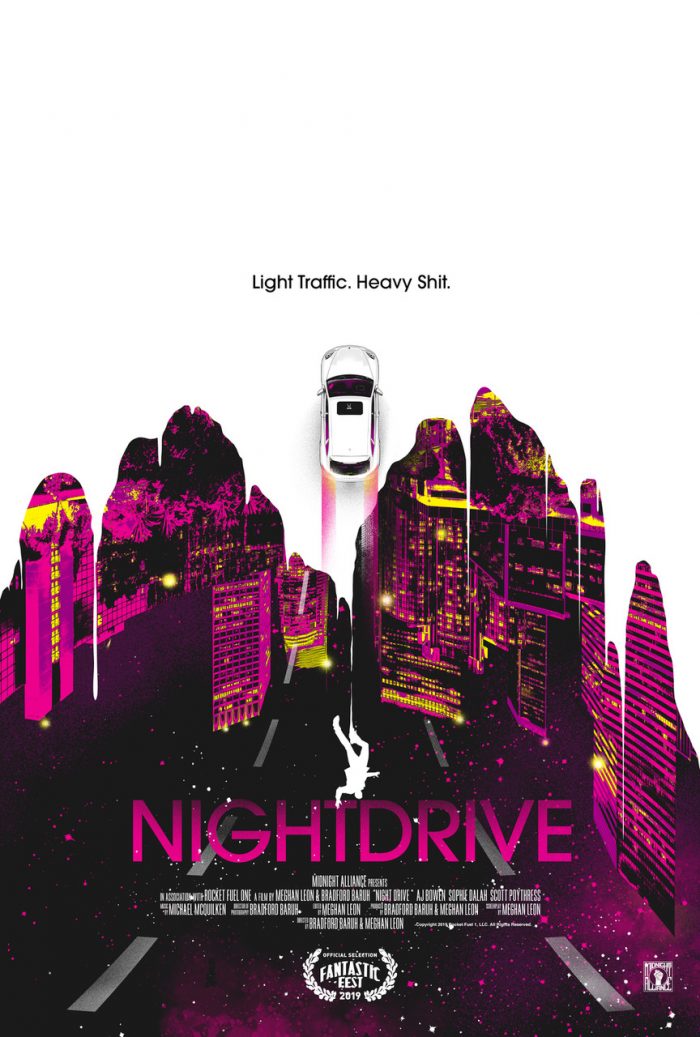 The Countdown Begins In New The Purge Season 2 Promo